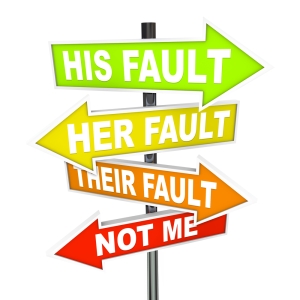 In my work of advocating for women in leadership, I have been presented with an argument that women do not want other women to be in positions of leadership in the church. While I cannot deny that there are women who believe that leadership in the church is a designated role for men only, those women that I know personally base this on their biblical interpretation of scripture. Where I struggle is with the ‘belief’ of some that women are vindictive and manipulative and that they resent other women having a position of authority. I have been told that this is why some women are kept from preaching and other leadership roles. Once again, I will not deny that there probably are some women that feel this way, but I find it tragic that this belief is a dominating narrative in society.

If we affirm that women are called to leadership, are congregations making valid claims that women are opposed to women in these positions, or are we using this as an excuse to avoid the difficult task of practicing what we preach? Do we have undeniable proof that the biggest barrier to women in leadership is women? Or are we allowing stereotypes of women to be perceived as truth? I know that there are personal examples that can be shared of women preventing other women from being given leadership roles in the church, but can we really say with any certainty that women are the majority of ‘the problem’? More than anything, I think that it is important that we are careful when assigning blame. Likewise, it is not fair to solely blame men for a lack of women in leadership. I believe it would be prudent for us in these discussions to be aware of how stereotypes of men and women produce inaccurate perceptions of reality; and instead of just assuming that we know what others believe about women in leadership, we ought to actually have a discussion and ask them.